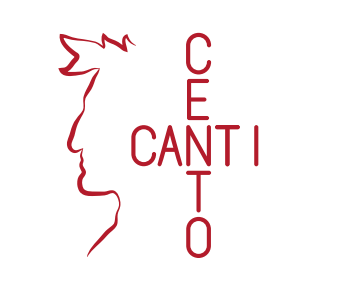 As Franco Nembrini explains in his books, his passion for Dante emerged when he was twelve years old. He was carrying bottles down the basement stairs when a verse by the Divine Comedy came to his mind: “E proverai […] come è duro calle / lo scendere e ‘l salir per l’altrui scale” (“Thou shalt have proof […] how hard a road / the going down and up another’s stairs,” Paradiso, XVII). On that day his love for literature was born, a love that would eventually lead him to spend twenty years teaching Italian literature in high schools of the Bergamo province.

One evening, some years ago, one of his four sons, who was studying for an oral exam on Dante, went to Franco and complained to him: “Dad, you travel across Italy giving talks about Dante, but you have never told us anything about him.” Everything started with that remark. The following Sunday night Franco, two of his sons, and a few of his sons’ friends sat around a table and talked about Dante. Sunday after Sunday, more and more friends joined the group. At some point, as many as two hundred people attended the meetings. While the group became larger, and passion grew, and in 2005 an association was born and named “Centocanti.” The association was mostly comprised of young adults, some students, some not, who shared a passion for and interest in the Divine Comedy—so much so that the statute of the association required members to learn on of the cantos by heart. Thus, “Centocanti” became a sort of living Divine Comedy. In time, some of the members of “Centocanti” started visiting schools and other cultural associations, and groups of friends began presenting the interpretation of Dante that they had learned from Franco. At the same time, they started feeling the need to get together regularly to read and work on the poem in a more systematic way. Well-known Dante scholars participated in these meetings.

Many of the “Centocanti” kids eventually graduated from college, and started teaching in a number of different Italian cities. Meeting regularly to continue working on Dante became complicated. In 2012, they decided to dissolve the association, devoting their energies to teaching the Comedy in schools, among students and colleagues, and, occasionally, in public presentations.

When, in 2012, Franco decided to establish a small publishing company that would allow him to publish his books and DVDs independently, he had no doubt what the company’s name should be: “Centocanti,” a name that would allow him to always remember the experience of passion and friendship that had generated the association, and that is still at the root of all of Franco’s works.

We may request cookies to be set on your device. We use cookies to let us know when you visit our websites, how you interact with us, to enrich your user experience, and to customize your relationship with our website.

Click on the different category headings to find out more. You can also change some of your preferences. Note that blocking some types of cookies may impact your experience on our websites and the services we are able to offer.

These cookies are strictly necessary to provide you with services available through our website and to use some of its features.

Because these cookies are strictly necessary to deliver the website, refusing them will have impact how our site functions. You always can block or delete cookies by changing your browser settings and force blocking all cookies on this website. But this will always prompt you to accept/refuse cookies when revisiting our site.

We fully respect if you want to refuse cookies but to avoid asking you again and again kindly allow us to store a cookie for that. You are free to opt out any time or opt in for other cookies to get a better experience. If you refuse cookies we will remove all set cookies in our domain.

We provide you with a list of stored cookies on your computer in our domain so you can check what we stored. Due to security reasons we are not able to show or modify cookies from other domains. You can check these in your browser security settings.

These cookies collect information that is used either in aggregate form to help us understand how our website is being used or how effective our marketing campaigns are, or to help us customize our website and application for you in order to enhance your experience.

If you do not want that we track your visit to our site you can disable tracking in your browser here:

We also use different external services like Google Webfonts, Google Maps, and external Video providers. Since these providers may collect personal data like your IP address we allow you to block them here. Please be aware that this might heavily reduce the functionality and appearance of our site. Changes will take effect once you reload the page.

The following cookies are also needed - You can choose if you want to allow them: